Elected to the California State Senate in the March 2021 special election, Senator Kamlager has spent her career prioritizing equity and access for Californians, especially for Angelenos. She has authored landmark legislation in the areas of criminal justice reform, health care equity, environmental protections, and affordable housing – including the most transformative probation reform law in the country and legislation requiring implicit bias training for health care professionals and court employees.

Senator Kamlager currently serves on the Appropriations, Budget and Fiscal Review, Governmental Organization, Human Services, Public Safety, and Rules Senate committees. She is the Chair of the Budget Subcommittee #4 on State Administration and General Government and Vice Chair of the California Legislative Black Caucus. She also serves as Chair of the Los Angeles County Delegation and has sat on the Planned Parenthood Los Angeles Board of Directors since 2018. During her time in the Assembly, Kamlager was appointed to the Committee on Revision of the Penal Code and chaired the Select Committee on Incarcerated Women.

Prior to her election to the California State Assembly in 2018, Kamlager served as District Director for then-California State Senator Holly J. Mitchell. Kamlager is a past president of the Los Angeles Community College District (LACCD) Board of Trustees as well as a former appointed member to the Los Angeles County Commission on Children and Families. She is a member of Zeta Phi Beta Sorority and earned a B.A. in political Science from USC and a M.A. in Arts Management and Public Policy from Carnegie Mellon University.

Senator Kamlager lives in View Park with her husband, Austin Dove, her two stepchildren, their rescue pets, and a compost bin. 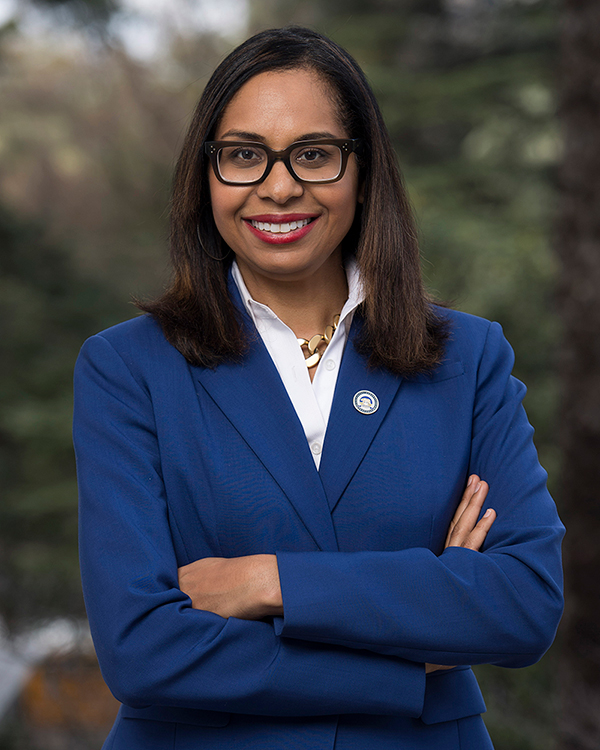